THE HISTORY OF OUR PARADISE

A beautiful location that became a hotspot for people from all over the world and also hosting the world’s most influential DJ’s over the years.

On the left is Freddy Daktylidis, a well known figure in the community, always looking to make his mark in the island's history. 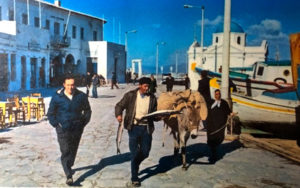 Where it all began

Back in the 60s a camping site and a restaurant south of Mykonos island founded by Freddy soon to be named Paradise. 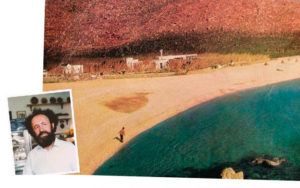 Hippies introduced nude bathing to Mykonos during the 1960s at this particular beach. Founded by Freddys Daktylidis, this was the beginning of a culture, a movement that would introduce Paradise Beach to the world. 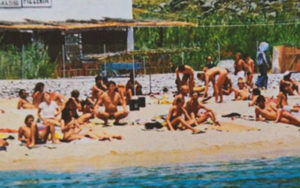 A hidden paradise where like minded people went looking for freedom, friends and fun.

The word is out

It didn't take long to get the word out. A real paradise kept attracting the adventurous traveller every year. 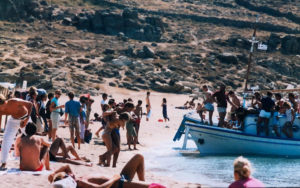 Access was quite difficult and only word of mouth could spread this passion for music, sun and love. Every summer the number of Paradise-goers kept rising. 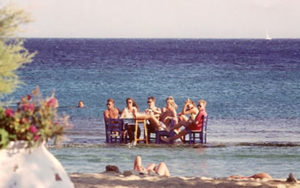 Always a party is what created this spirit, keen locals and tourists kept flocking to Paradise to experience the magic. 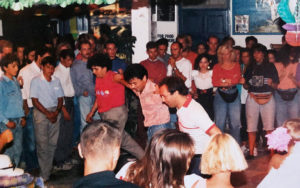 The legendary beach parties were starting to grow. In the background, Freddy's son, Markos, setting Paradise restaurant alight to keep the crowd entertained. 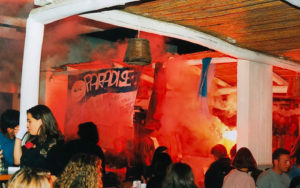 Looking at the camera, Freddy, always creating memories and making sure everyone is having the best time. 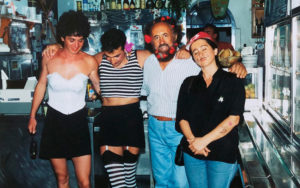 Later Paradise Beach became known as the party central of Greece. The beach parties were non-stop. 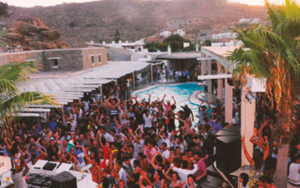 International DJs and thousands of fans helped grow this phenomenon. The historical party with Erick Morillo until 10:00am marked an incredible feat in clubbing nightlife. 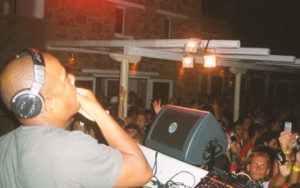 The legend Tiësto plays an exclusive and massive set during the summer attracting a historical record of visitors to Paradise Beach Club. 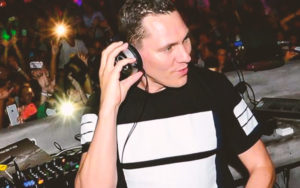 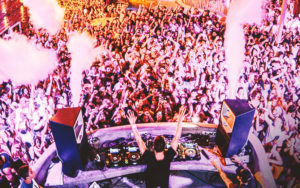 The summer of 2021 marks more than 50 years of history with a series of celebratory parties and some very Special Djs that we LOVE. Get ready! 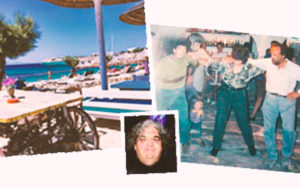